Emotions in Antiquity and Ancient Egypt

Get close up to feelings that are thousands of years old. Our exhibition displays emotions across time and space. 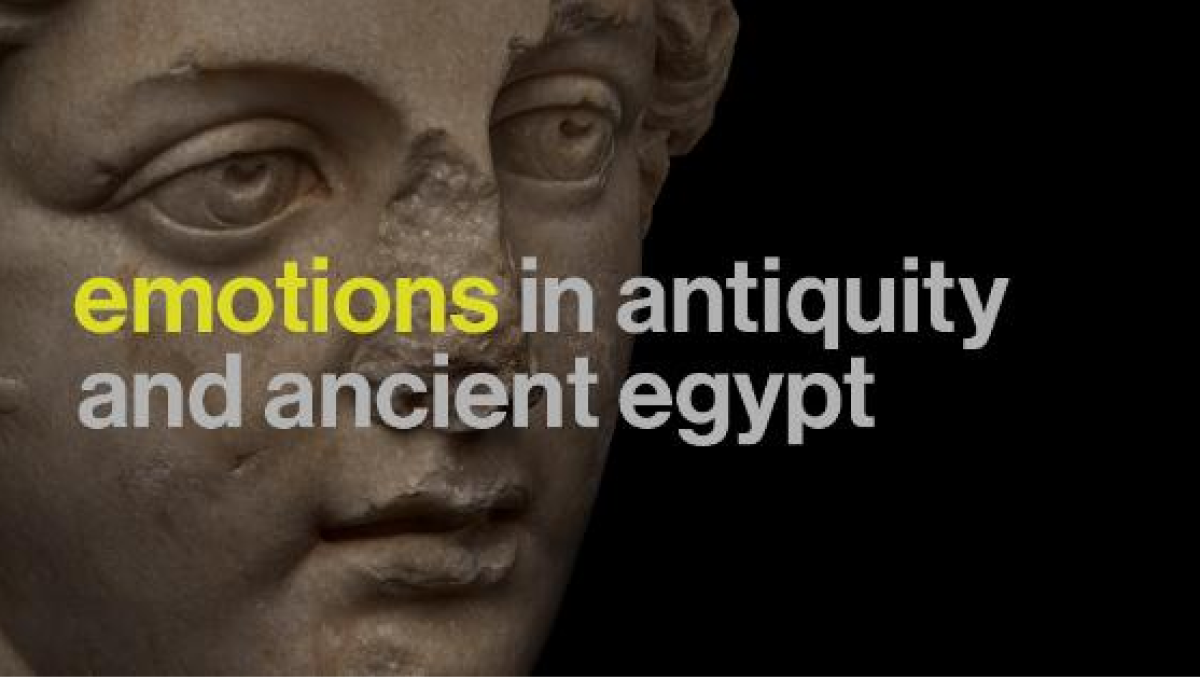 Emotions in Antiquity and Ancient Egypt

The exhibition contains selected artefacts from the Museum’s Collection of Classical Antiquities and Egyptian Collection. Each one tells a story related to emotions of the time. But together they reveal feelings that are similar at different times and places: love and joy, grief and mourning, hope, fear and awe.

The exhibition, designed by Snøhetta, is built around a 15-metre table covered with artefacts from ancient Egypt, ancient Greece and the Roman Empire. Here you will find sarcophagi, statues, busts, reliefs, vases and other objects.

Sit down at the table, face to face with the objects, and meet them with all your senses. You are allowed to touch some objects, which gives you very special contact with history. The oldest artefact in the exhibition is an Egyptian wooden figure from about 2345 BC, while the newest is an Egyptian cat box from around 395 AD.

On the long table you will find a beautiful Roman marble head that probably represents a muse. It has been an important inspiration for the exhibition. In Greek mythology, the muses were the helpers of the god Apollo. They aimed to evoke strong emotions in artists, and inspire them to create wonderful works.

The legacy of antiquity is fundamental to Western culture. Democracy, philosophical ideas, architecture, science, sports competitions, art and culture were developed by the ancient Greeks.

Grief and mourning after a death

In tomb art we see expressions of grief and mourning, but also hope for life after death. Tombs represent the richest archaeological material. Burial gifts, mummies, skeletons, ashes and bones of people who once lived evoke solemn feelings, and thoughts and questions about death. Who were the people who buried their loved ones? Did they mourn? How? Inscriptions and other texts, images and symbols tell of grief and mourning, but also memories and love. People who lived thousands of years ago, and those who mourned them, emerge from the shadows and meet us around the table in the exhibition.

Mezabthâ, daughter of Hairan, is among the people depicted in the unique tomb reliefs from Palmyra, Syria. On her arm we see her child, who probably died at the same time as her in the 2nd or 3rd century BC. In Roman times, Palmyra was an important trading centre in the east, and it was particularly well preserved until the ISIS terrorist acts of 2015.

It is important to focus on the value of emotions. The Museum of Cultural History is activating the Collection of Classical Antiquities and the Egypt Collection to encourage and  participate in the public debate on the importance of emotions in a historical perspective. During history, members of different societies have shared emotions that have caused revolutions, and collective emotions have led to many wars. Politics can be emotional, and emotions can be manipulated.

This exhibition forms a bridge over time and distance. It reminds us that strong emotions and experiences are common to all people.

Mummy coffin for Ankhsenmut. The coffin comes from a famous grave for the Amun priests in Teben. From Egypt, the west bank of Luxor. 21st dynasty, ca. 1069-945 BC.