Transformation – Faith and Sacred Objects in the Middle Ages

In this exhibition you will be able to view some of the objects that gave people hope in the Middle Ages. Faith transformed the objects, and served as a bridge to the sacred and holy. 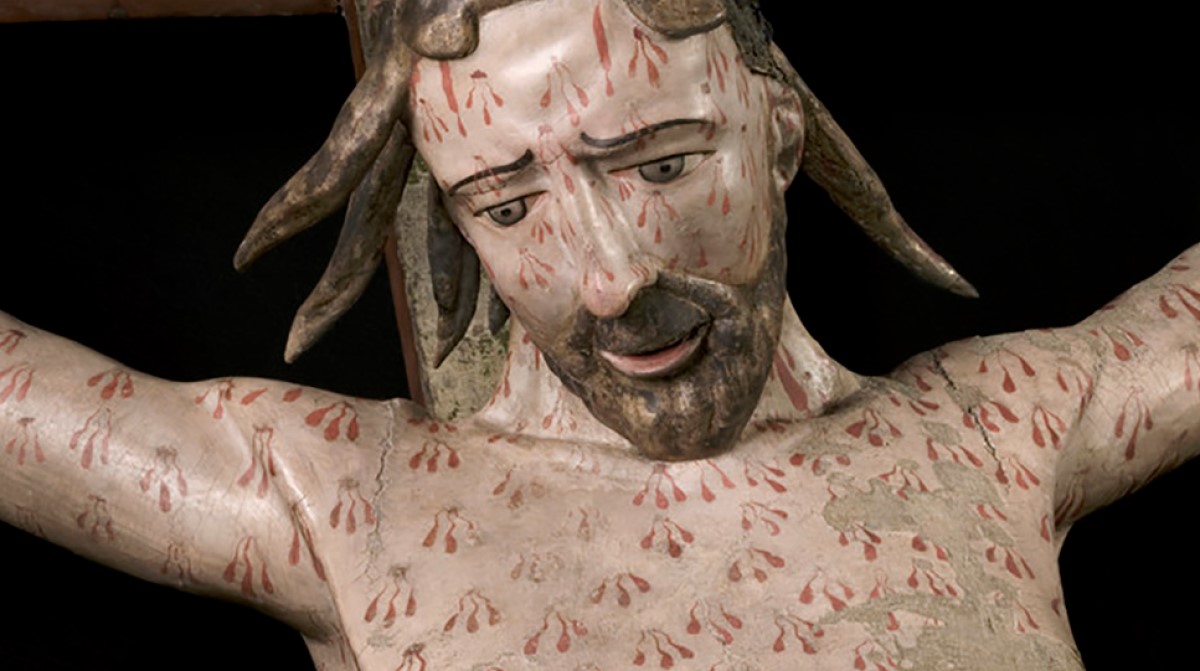 Photo of the head of a scultpure from the exhibition.

The exhibition is temporarily closed

From a young age, people learnt that life on Earth was brief and difficult, but that something different and better awaited them, both in their daily lives and in the hereafter, if they lived as good Christians. Churches were designed to provide a foretaste of paradise, a small part of God’s kingdom manifest on Earth.

This exhibition contains a number of beautiful artefacts sacred to Norwegians in the Middle Ages. In the past, the objects and sculptures were vibrantly coloured and lustrously gilded. Today, their surfaces are degraded, their colours have faded, and many of the altarpieces and statues of saints have been deliberately changed over the years: Pieces have been removed, damaged, moved around or added.

Welcome to the digital tour of Transformation – faith and sacred objects in the Middle Ages. Join Margrethe Hopstock Havgar in an exhibition of objects that gave people faith and hope in medieval Norway.

The exhibition explores the transition between the human and the divine and depicts the transformations these artefacts have undergone since being housed within churches.

The ceiling painting from Ål Stave Church is one of the main attractions in this exhibition. It can be viewed at the museum and is the only large-scale decoration of a room preserved from the Norwegian Middle Ages.

The design of the wooden roof, which is over 700 years old, is reminiscent of a comic strip and consists of 23 motifs depicting stories from the Bible, from the Book of Genesis to the life and death of Jesus. The painting style is simple, but adheres to strong European traditions of how Biblical stories should be presented. 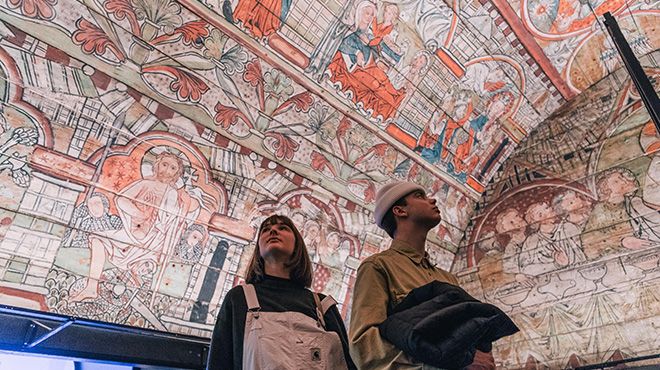 The power of saints

The saints were God’s holy men and women. They were present in churches in the form of sculptures and paintings. The sculptures of the exalted characters appearing in Bible stories and legends about saints made them real and of the world, almost as though by some miracle people could meet them face to face. People approached them with offerings and prayers in order to ask for help and advice.

From coins to offerings, from wood to sculpture

A number of artefacts are on display in this exhibition which embody the inherent transformation between the human and the divine, between the material and the spiritual, and between everyday life and the power of the saint’s works. From money to offerings, from wood to sculpture. The artefacts in the exhibition are very different from the objects experienced by individuals living in the medieval period. They have become old. Since the Reformation, their inspiring visages have been lost, and some were deliberately damaged and defaced. 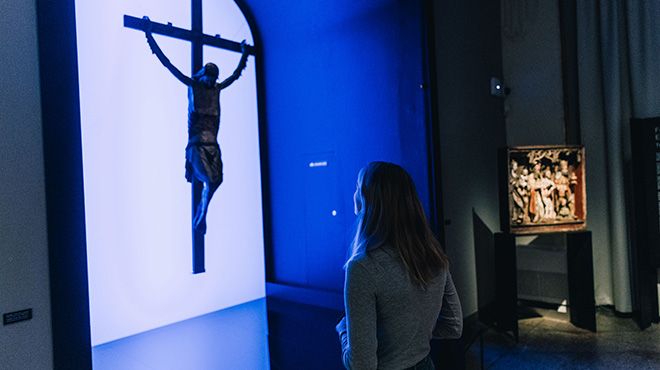 In the Middle Ages, a young woman was interred under the floor of Uvdal Stave Church in Buskerud. She was found by archaeologists 750 years later, and has since been known as the Uvdal Woman.  In the Transformation exhibition, she rests deep within the exhibition room with her face – illuminated by subtle lighting – turned away.

The Uvdal Woman represents the life of a parishioner in a rural church nestled in a Norwegian valley. Putting her on view constitutes an important professional approach to communicating the issues discussed in this exhibition: The relationship of those living in the Middle Ages to religion.

Transformation is the culmination of two research projects which – each in their own way – explore the relationship between people and artefacts. The Middle Ages in Norway spanned a period of more than 500 years, from the death of the Christian King Olav Haraldsson in 1030 to the Reformation in 1536.