Through this exhibition we allow the America collections to tell living histories about indigenous peoples and minorities in the vast region of America — histories about social life and identity. Identity is an attitude or idea about, or ones relationship to the past, present and future. Identity is part of a person or group’s self image. 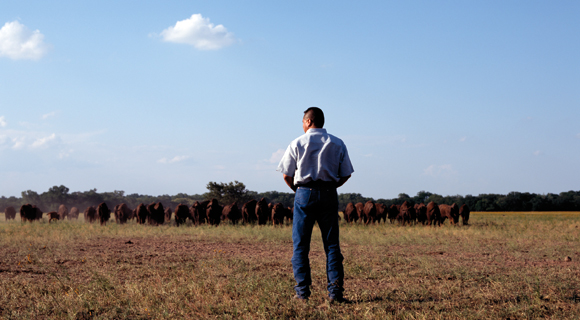 We move into the future, just as our ancestors would have expected us to do.
– Wallace Coffey, Chairman in the Comanche Nation

Although many of the objects are old, they are not dead or stiff historical documents. Objects live when they inspire new ideas and acquire new significance. Objects can be symbols of social life in periods of great and small changes. Masks, ceramics, baskets and woven blankets and silver jewelry, which before were made for personal use, have become sought after art and handicrafts.

Many objects and the rituals, festivals and actions that gave them meaning are living traditions for many groups. Thus objects and their relevant social activities are central to creation/maintenance of identity and sense of self.

Diversity is America’s greatest heritage. America is composed population is a result of migration and ongoing social change. America is comprised of regional, national, and local societies with different attitudes and beliefs. In America indigenous peoples were oppressed as a result of Europe’s pillaging, land settlement and the creation of states. Many people died of the sickness brought by Europeans.

Loss of territory, forced removal from the land and slavery were common in America and the Caribbean. The European forcibly resettled indigenous people, and this was a means to take from them important re- sources. Land was their source of life and nature provided resources for clothing, food, housing and every- day objects. To survive these dramatic changes, indigenous people had to adapt to the new circumstances.

Today many indigenous groups view assimilation as a threat to their right to self-determination, to their economic and cultural development, and even as an assault on their human rights. An awareness of a history forced migration, assimilation, and marginalization as indigenous people is central to their notion of self- image and identity today. Cultural survival is an important demand that is central to many campaigns for self-governance, human rights, protection of the environment and political participation for many groups.

In many local communities, indigenous groups have demanded equality/respect for their language, values, and local practices. Education in local history and traditional knowledge about the environmental strengthen local practices. An important tool against assimilation is political organization and mobiliza- tion to demand appropriate education in local languages that meet local needs. Environmental awareness and indigenous life ways are closely connected. The way of life of local communities are often based on their knowledge of the environment and access to local resources. Examples of threats to local ways of life include deforestation in the Amazon, the building of dams in areas of California populated by Pomo-bands, and envi- ronmental catastrophes that has resulted in resettlement of indigenous in Colombia.

Local resources and the production of traditional objects have become important sources of income for many indigenous groups, while also strengthening their relationship to the past.

Several groups have acquired new and purchased back some of their territories. Control over and maintenance of their local resources based on local values are important to indigenous identity for many groups. Many groups struggle to strengthen their identity by focusing on living traditions, the environment and political organizing. Through cultural education, museums and cultural centers, they also take care of their local history and traditions for the future.

In North America, the focus is on self-governance with examples from Nisg’ga, Hare, Comanche, Pomo, Hopi and Navaho groups.

In Central America, the focus is continuity and living traditions, with examples from Huichol, Tztetzal Maya, and Day of the Dead celebrations in Mexico.

In the Caribbean, the focus is the creation of new living traditions with examples from Cuba.

In South America the focus is the environment, survival and living traditions with examples from the Amazon, the tropic plains, and the Andes mountain region, including, the Nasa in Colombia, the Warao in Venezuela and many groups that live in the Xingu National Park in Brazil.

For Columbus’s journey to America is not a cause for celebration. It is an act that evokes sorrow. For many the arrival of Europeans is strongly associated with the marginalization of America’s indigenous people, their stealing of their continent, the trans-Atlantic slave trade and African slavery in America.

Word Explanations Assimilation — to make like or identical to, to oppress, to make a minority group more like the majority group.

Identity — a feeling of belonging to a common group or place, an attitude or idea about one’s role in the world, one’s relationship to the past present and future. Immaterial culture—expression such as language, performance art, social customs, rituals, celebrations, ceremonies, knowledge about or abilities related to nature and traditional crafts.

Material culture — physical tangible objects made by humans and nature, of a general universal value from a historical, artistic or scientific point of view, including monuments, buildings, sculpture, paintings, carv- ings, caves

Indigenous population — replaces the word “Indians”, refers to the original or first inhabitants of an area taken and colonized by other populations