How do we acquire knowledge about the past? For three years, visual artist Nina Torp has followed the archaeological investigations carried out in connection with the building of the new E18 motorway between Tvedestrand and Arendal in southern Norway. 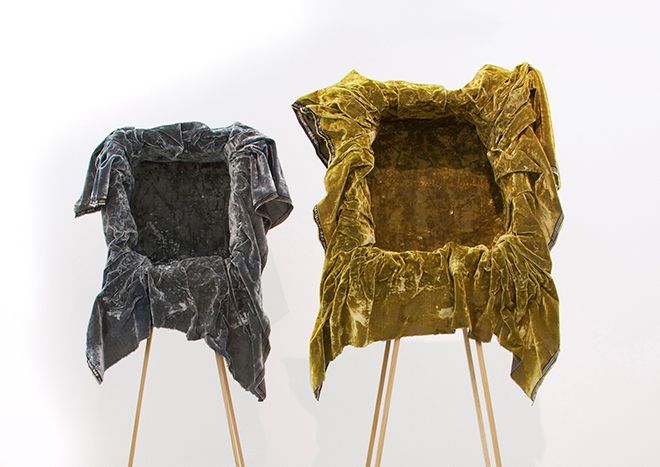 The exhibition SITUATIONS is a contemporary art project about how cultural heritage is created.

In her interpretation of the scientific work, Torp uses photoseries, video works and sculptural works.

She has followed the entire process; from the removal of the top soil by mechanical earth movers, to the excavation itself where archaeologists unearth fragments of the past, to the time when the finds with their respective bar codes are placed in storage, having become part of the cultural heritage of Norway.

In this project Torp has followed the contemporary human being (the archaeologists) in their search for the traces of people of prehistoric times.

-How do archaeologists work? What methods do they use and where do these methods come from? These are among the questions that I have posed myself during the work, says Torp.

- Archaeologists excavate using a grid system with coordinates for each square, a method that makes it easier to carry out systematic excavations resulting in “quantifiable documentation“. The basis for the methods used today were developed in the late 19th- and early 20th centuries, the same time as the development of modernism. Strict geometric shapes occur when masses of soil are removed during an archaeological excavation.

As an artist, I see connections with modernist art and architecture. I have made my own interpretations of this in different materials.

Background for the excavations conducted by the Museum of Cultural History

The Museum of Cultural History, University of Oslo, has carried out the excavations of 34 Stone Age sites along the projected route of the new E18 motorway between Tvedestrand and Arendal in Aust-Agder County. Compared to areas around the inner Oslo Fjord, few Stone Age investigations have been carried out in this part of Norway, and the large-scale excavations presently underway, will help fill in the gaps of our knowledge.

Nina Torp is an artist residing in Oslo

Her works include projects dealing with perception and memory. By researching, analysing and interpreting cultural and historical material, she explores how culture and collective memory are created.

In 2016, the first part of the SITUATIONS project was shown at two archaeological sites in Arendal.

The project is supported by