When Napoleon Bonaparte conquered Egypt in 1798, he brought with him an army of artists and engineers. The goal was to document the country from the smallest beetle to the largest pyramid. This would become the beginning of an Egyptomania that has captured the world for more than 200 years. 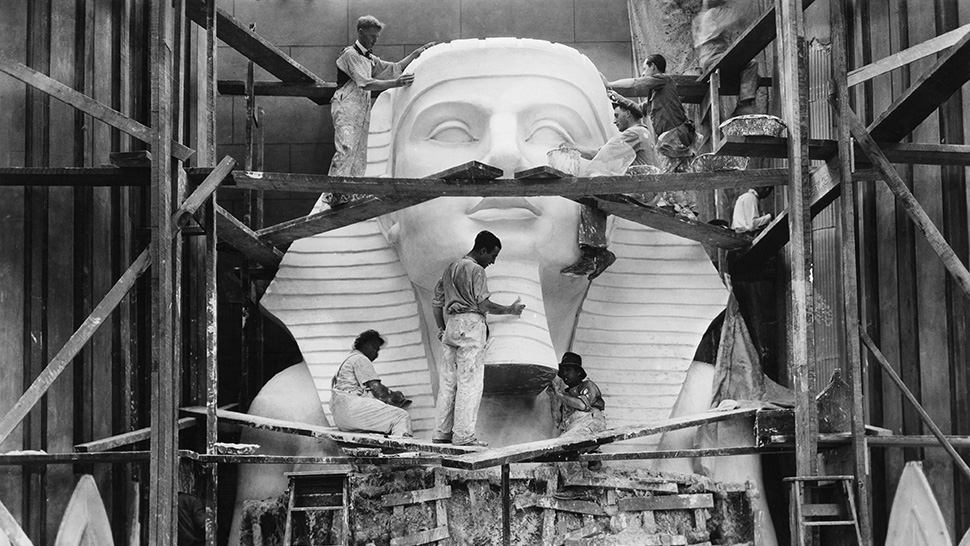 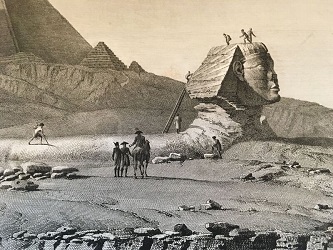 In this exhibition, you can view the monumental book Description de l'Égypte, and study the fantastically detailed illustrations made by Napoleon’s artists.

In the wake of the invasion of Egypt, temples, obelisks, and sarcophagi were exported across the world. Alongside monuments and antiquities came a flood of newspaper reports, sketches and prints, panoramas, photographs and postcards.

The exhibition Egypt in Motion tells the story of how Egypt became part of the Western modern world during the nineteenth and twentieth centuries. Through spectacular artefacts and artwork, we see how the world has been fascinated by both the Egyptian ancient monumentalism and the modern, technological movements that brought this exotic world up close. 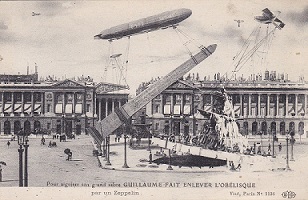 The relocation of Egyptian antiquities required cutting-edge logistics and engineering, fuelled by speed, determination and diplomacy. Eventually, colossal Egyptian monuments appeared in museums and urban spaces, along with news about impossible endeavours in the new illustrated press. Reports of technological achievements made the headlines.

When the exhibition The Treasures of Tutankhamun toured the USA in the 1970s, the Metropolitan Museum of Art produced replicas of artefacts from the tomb. Today, these are collectors’ items, confirming the Pharao's status as a modern superstar of antiquity.

The technologically advanced facsimile of the sarcophagus of Seti I was produced in 2017 by the Factum Foundation for the bicentenary of the discovery of the tomb in the Valley of the Kings, as part of the Theban Necropolis Preservation Initiative.

The objects in this exhibition show an ancient landscape in radical transformation. And it all started with the monumental book Description de l'Égypte’s depiction of Egypt's architectural and natural history.

The exhibition has been produced within the framework of the international research project PriArc: Printing the Past, led by the Oslo School of Architecture and Design, as part of the EU’s Humanities in the European Research Area (HERA) programme.

Images of Egypt is edited by Lending, Bøhn and Anstey and is published by Pax forlag.