Ani – the Forgotten City on the Silk Route

The magnificent ruined city of Ani flourished 1000 years ago near the border between Turkey and Armenia. The exhibition presents this beautiful city and the ongoing conservation work. We also ask: how does the current political situation challenge the preservation of our common cultural heritage? 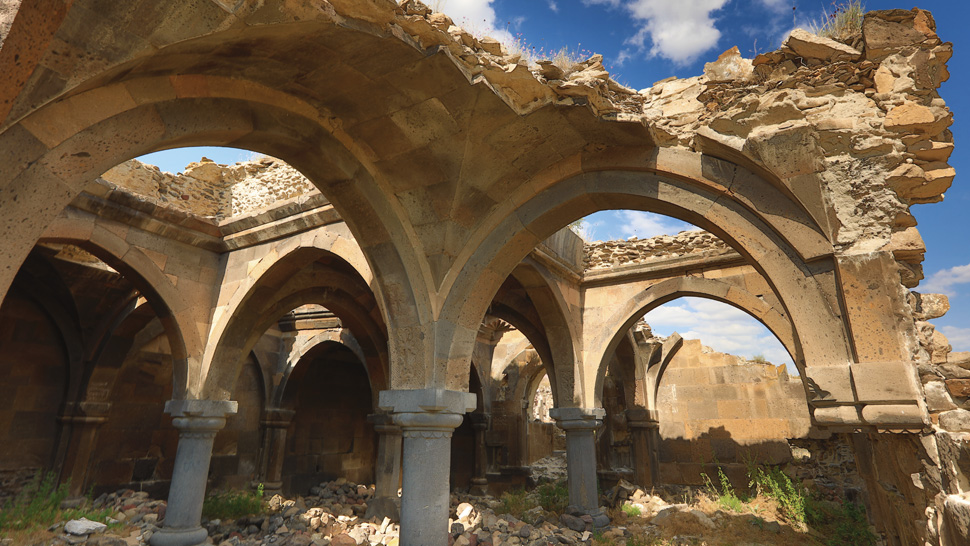 Ani lies close to the border between Turkey and Armenia and had its heyday in the 10th and 11th centuries. At that time, the city was the capital of the Armenian Kingdom, strategically located on the Silk Route between China and Europe.

When the Silk Route became less important as a trade route between East and West, Ani lost its key role. The city then suffered from conquests and natural disasters. Earthquakes destroyed much of the magnificent architecture. Over the next few centuries, Ani was abandoned and forgotten. 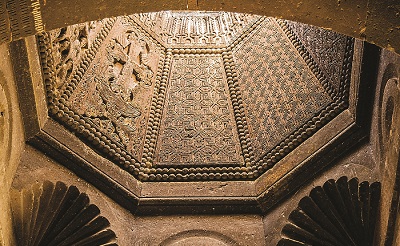 The preserved remains of city walls, churches, public buildings, bridges and staging posts bear witness to great prosperity. The city was richly decorated with reliefs and ornamentation. On bridges, towers, churches and other buildings we find geometric patterns, plant ornamentation, crosses and animal figures. Some of the rich wall paintings in the churches are preserved; these show how different styles merged in Ani.

Although Ani was forgotten and inaccessible due to political conflicts for hundreds of years, today we can walk among the ruins of magnificent buildings such as churches, monasteries and high city walls. Unique cooperation between Armenians, Turks and international partners has now enabled the study and preservation of Ani. In 2016, the city was listed as a UNESCO World Heritage Site.

This exhibition shows the magnificent ruined city and the important conservation work that has taken place. But it also shows that much remains to be done and that the current political situation challenges our common cultural heritage.