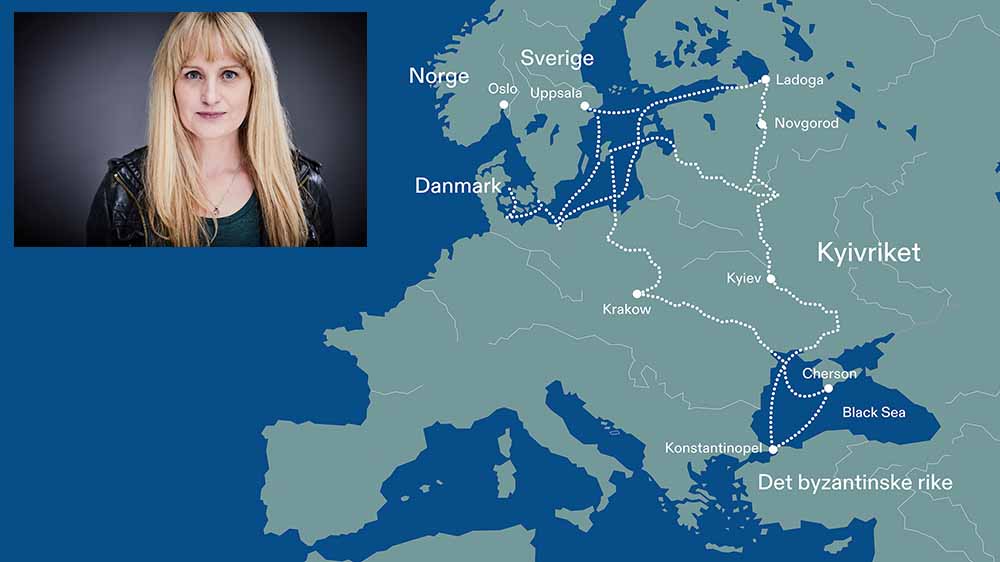 The trade routes that linked Northern and Western Europe together during the Viking Age. The illustration was made by Johnny Kreutz/KHM. The portrait was taken by Marc Aitken.

From the end of the 9th century, Northern and Western Europe linked up with powerful trading partners in Byzantium and the Islamic Caliphate. This took place via the waterways on Eastern Europe's rivers, and the area of Kyiv-Rus lay at the heart of these connections.

Archaeologist Cat Jarman takes a closer look at what archeology can tell us about how the eastern Viking Age connections developed and discusses how Ukraine became a decisive player on a global stage. Last year, Jarman published the book River Kings, an archaeological journey that revealed the Vikings' route from Scandinavia, through Russia and all the way to Baghdad and India. The book was a great success.

We also recommend visiting the exhibition Vikings in the Kyivan Rus.

Please note that the talk is held in English and is included in your museum ticket. See prices and plan your visit.